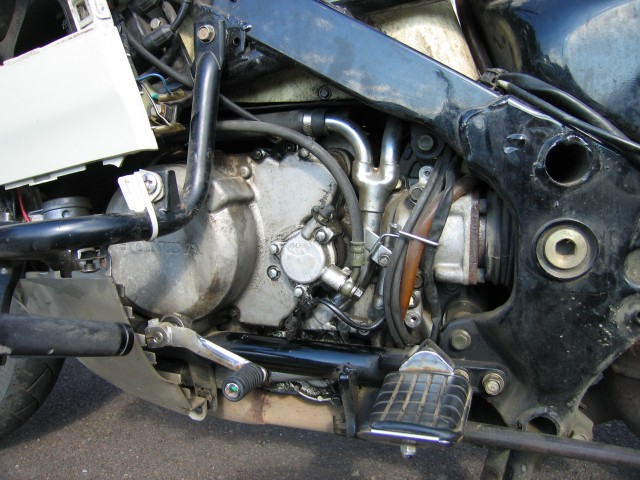 I’ve been having oil leak from my PC for several months now.  Last year, I ended up having to replace the seal around the shift rod.  This time it doesn’t look like it’s coming from there.  Instead, I found two separate places that oil was leaking from.  The oil filter had become loose and appears to be the main source of oil.  I tightened it nearly a full turn.  Also the air box has developed a bit of a leak. 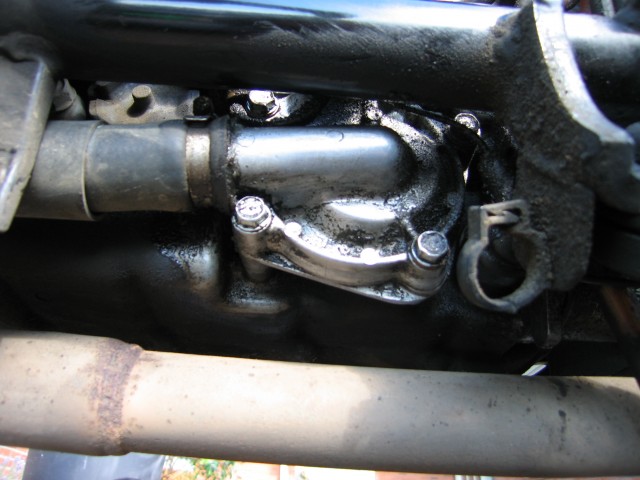 The telltale signs of an oil leak. 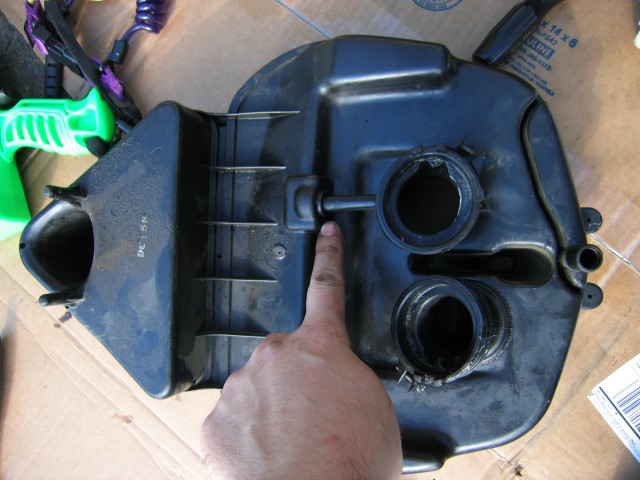 Oil was leaking from where I’m pointing my finger at.  The carb boots in the air box are not an integral part of the air box.  They are molded separately and then inserted after the fact.  Some sort of glue is used to seal them.  The glue on mine has gone bad.  I cleaned it up as best I could and re-installed it for now.  In a few weeks when I replace the air box with something different, I will make sure the new air box does not have a leak.  Incidentally, the reason that oil is coming out of the air box is because of the crank case breather tube.